How To Move Your Chamber From Being "Nice To Have" To Being Essential...
About 10 years ago, two people entered the chamber industry. They were very much alike. Both had college degrees. Both were eager for success. They even worked for similarly situated, mid-sized chambers in the U.S.

Recently, these two chamber professionals met each other for the first time.
They were still very much alike. Both were happily married, had school-age kids, and were home owners in the city in which they worked. Both were Chamber President/CEOs.
But there was one BIG difference.
In one chamber, the staff was overworked, underpaid, and constantly stressed from running from project to project, event to event. The chamber's budget was always tight, which limited what the staff could accomplish. And, on top of that, the chamber’s board was in a state of dysfunction, micromanaging the staff and bickering among themselves. No one was truly happy.
While the chamber was nice to have, the staff, board, and even some members wondered if the chamber was even relevant and necessary anymore.
In the other chamber, it was a completely different situation. This chamber, because of several smart strategic decisions, now had 10 times the budget and 3 times the staff of the first chamber. The staff, from the CEO on down, was making a positive impact on the community and they were all very well compensated for it. The chamber ran as a well-oiled machine, with a sense of pride, fun, and excitement among the staff, board, and members. This chamber had recently been recognized as Chamber of the Year. The staff and board were considered local superheroes.
This chamber was not only thought of as relevant, it was considered essential by the community.
What Made the Difference
As a chamber professional, have you ever wondered what makes this kind of difference between similarly positioned chambers? Is it that one chamber’s staff works hard while the other chambers doesn't? Or is it that one chamber has smarter staff? Or perhaps one wanted their chamber to remain relevant and essential and the other didn’t? Of course, it isn’t any of these things.
The difference lies in what knowledge and training each chamber team member acquires and how they use it.
And that is why I am sharing this story with you and other chamber professionals, telling you about a new resource, Chamber Pros Education. The whole purpose of Chamber Pros Education (CPEd) is to provide knowledge and training to chamber professionals – knowledge and training that Chamber Pros can use to make their chambers essential while the staff and board become superheroes in their communities.
A Resource Like No Other
You see, Chamber Pros Education is a unique resource. It’s the only one that brings Chamber Pros chamber-specific knowledge and training from the top experts from inside and outside the chamber industry through an easy to use and affordable video-based online platform.
CPEd is always available to you so you can get immediately answers to your questions and challenges. It’s hosted online with 24 x 7 x 365 access from your home, office, or meetings. It's at your fingertips whenever you want or need it.
CPEd is easy to use. Your entire team (staff, board, volunteers) can access the knowledge and training from any device, including laptops, desktops, and mobile devices.
Unlike in-person conferences and events, with CPEd you can pause a training session to discuss the insights with your team. You can replay a session or part of one. You can share an actual session with a decision maker rather than trying to explain it. The sessions can be projected on a wall or big screen TV in your conference room for group learning and discussion.
Knowledge is Power
CPEd is packed with actionable knowledge and training from the chamber industry’s top experts and thought leaders including Cathi Hight, Kyle Sexton, Anissa Starnes, Glenn Shepard, Chuck Ewart, and many other top instructors and conference speakers.
Additionally, there are training sessions, webinars, and interviews with experts in the association and business world including Sarah Sladek, author of The End of Membership as We Know It; Harrison Coerver, author of Road to Relevance and Race for Relevance; Jay Baer, Author of Youtility and Hug Your Haters; and Jim Brown, author of the Imperfect Board Member.
With CPEd you get proven, cutting-edge strategies, insights, and tools that will make your chamber essential to the community and keep you up to date on the chamber industry. The knowledge gained and applied will make you and your chamber team local superheroes.
The vast majority of the training sessions, webinars, and interviews in Chamber Pros Education (CPEd) cannot be found anywhere else.
CPEd contains knowledge and training on all areas of chamber work including:
Matter of fact, there are more than 100 premium knowledge and training resources in the CPEd right now with more being added regularly.

Further, CPEd includes an opportunity to discuss questions you may have with chamber colleagues from around the world. You can inquire as to what works and what doesn’t work (imagine having this peace of mind). And, like the superhero in your community that you will become, you can share your own insights and advice with others. Superheroes always give back.

Tested and Proven
The CPEd has been in BETA test mode for the past 9 months. During that time, we have received many testimonials on the usefulness of this unique resource for chamber professionals. 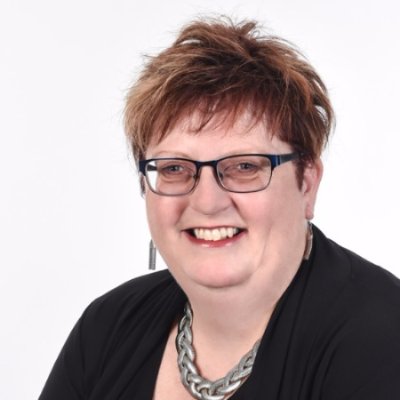 "We have a brand-new CEO who started yesterday and is new to the Chamber industry. This is going to be such a huge asset for her to access! And I love how you have organized all the information into topics, so it is at our fingertips."
Rosi Ouellette, Membership Development Coordinator, Belleville Chamber
"This is an incredible resource, your hard work makes ours so much easier."
Mary Ellen Dombrowski, President/CEO, CT River Valley Chamber 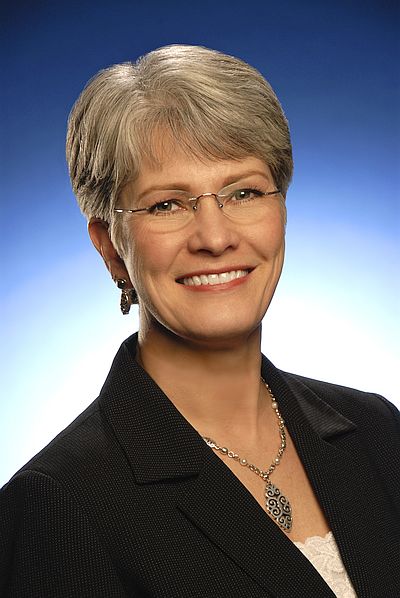 "The best part of the program, beyond the content and speakers, is that I can see that content whenever I have a free moment – and review it at any time as well."


Nancie Gray , Vice President, Special Events/Marketing, Greater Valley Chamber
$12.41/Month
Put Chamber Pros Education (CPEd) to the test. This is the perfect time to invest in yourself and your team to get the knowledge and training you need.
You won’t have any of the high-priced conference registration fees to worry about. No hotel and airline travel expenses. No meals. None of the hassles of being away from home and the office for days. This is your chance to bring immediate chamber knowledge and training to you and your team.
CPEd will be priced at $299/year soon but if you sign up during this special enrollment period, your investment will be just $12.41/month conveniently billed annually at $149. That’s a savings of 50%!
And, this discounted price is guaranteed to never go up if you enroll right now as a Charter Member.
Invest in Yourself and Your Chamber.
Regularly Priced at $299/Year

Special Offer of Just $12.41/Month (Billed Annually) If You Enroll Now...
Yes! Enroll Our Chamber For Just $149 Give us full and immediate access! 30-day guarantee!
Add To Cart

All information is encrypted and transmitted without risk using a Secure Sockets Layer Protocol.
Your membership renews annually until cancelled.
You have Frank's 30-day NO QUESTIONS ASKED money-back guarantee. If for any reason whatsoever you are not satisfied and you want your money back, just ask. You will be refunded immediately and we will still be friends! There is no risk for you or your chamber with this offer.
If you agree that knowledge and training are critical in keeping chambers essential, and feel that this is a fair and reasonable proposition, then you want to act right now.
Back to the two Chamber Pros I mentioned earlier…
They came into the chamber world at the same time and into similar circumstances. One runs a chamber that is thriving and essential to the members and community. The other struggles daily.
What made the difference?
Knowledge and Training. It's as simple as that.
An Investment in Yourself and Your Chamber
I cannot promise you instant superhero status in your community, but I can guarantee that you will find CPEd easy to use, value packed, and a smart investment in your future.
Yours,

P.S. Remember, your enrollment in the CPEd program applies to your entire team, staff, and board for only $12.41/month. Make your chamber essential and be a superhero in your community. Enroll today!

Invest in Yourself and Your Chamber.
Regularly Priced at $299/Year

Special Offer of Just $12.41/month (Billed Annually) If You Enroll Right Now...
Yes! Give Our Chamber Access for Just $149/yr You get full and immediate access to all resources. 30-day guarantee. Cancel anytime.
Add To Order

All information is encrypted and transmitted without risk using a Secure Sockets Layer Protocol.
Your membership renews annually until cancelled.
Get Knowledge and Training (and Keep Up to Date) on These Important Topics (with more being added):

Invest In Yourself and Your Chamber.
Regularly Priced at $299/Year

Special Offer of Just $12.41/month (Billed Annually) If You Enroll Right Now...
Yes, Give Our Chamber CPEd for Just $149/yr You get full and immediate access to all the resources. 30-day guarantee. Cancel anytime.
Add To Order

All information is encrypted and transmitted without risk using a Secure Sockets Layer Protocol.
Your membership renews annually until cancelled.
There is no risk for you or your chamber with this offer. You have Frank's 30-day NO QUESTIONS ASKED money back guarantee. If for any reason whatsoever you are not satisfied and you want your money back, just ask. You will be refunded immediately and we will still be friends!
Copyright 2017 Frank J. Kenny
Privacy Policy | Terms and Conditions